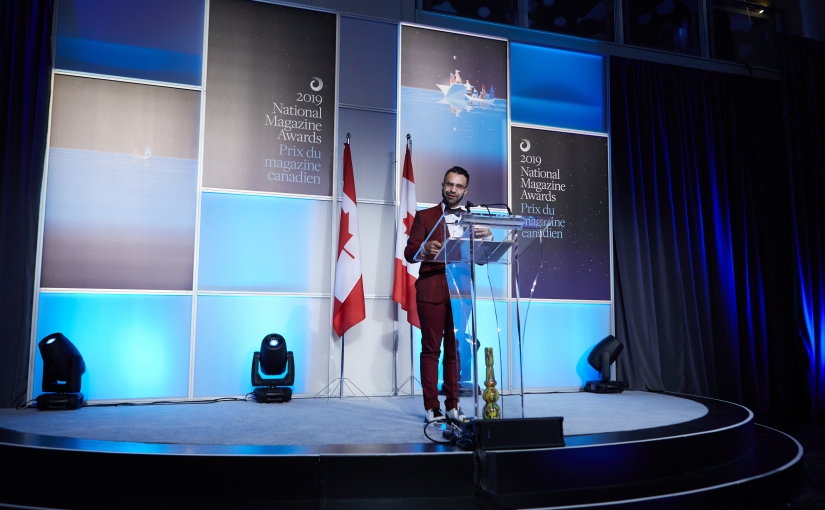 promoting excellence in journalism and visual creation. Since 1977, the Foundation has been awarding prizes to journalists, writers, photographers, illustrators and other professionals of the press, who are distinguished by the quality of their work. Through its awards programs, the Foundation promotes the development of healthy journalism by encouraging both seasoned professionals and the next generation to continue their vital work for our society. A volunteer board of directors drawn from all regions and facets of the Canadian magazine industry governs the NMAF.

Learn more about our awards programs:

Throughout the year, the NMAF actively promotes the winning creators and publications through targeted mass media publicity efforts, a group marketing promotion as well as through its archive, which hosts an extensive collection of award-winning articles and visual pieces. The Foundation also hosts every year Winners’ Circle, an exclusive professional development and networking activity.

Make a Donation
Help support the NMAF’s mission and a strong journalism community by making a donation today. Tax receipts will be issued for donations of $25 or more.

This project has been made possible in part by the Government of Canada.